Did you just come from Doc Club & Pub.? […] yes, yes. haven’t been outside a while, so now that I’m out, gotta make the most out of it. Next up is 100Tonson {100 Tonson Foundation} […] You are going for the special program {SILENCE: A special program as part of the exhibition “A Minor History” by Joei-Apichatpong Weerasethakul} or P’Joei, right? I actually went this past Wednesday. Honestly, it was quite uncomfortable ((laughter)) […] not sure if Doc Club has copies of these two books by P’Chai {วิวัฒน์ เลิศวิวัฒน์วงศา} that was just in. Love the name of the press! Tropical Malady Press  [สาปสำเริงในสวนสำราญ]

[…] On the table over there are the collected items in กล่องฟ้าสาง. The group that worked on the exhibition on the October 6th massacre couldn’t exhibit their work at Thammasat University (where the massacre took place) because the university didn’t allow it. So they made the whole thing into a box, like a mobile exhibition that compiled historical evidence about this incident […] Next to it are books that the library selected with the theme of the massacre in mind [Moments of Silence: The Unforgetting of the October 6, 1976, Massacre in Bangkok] 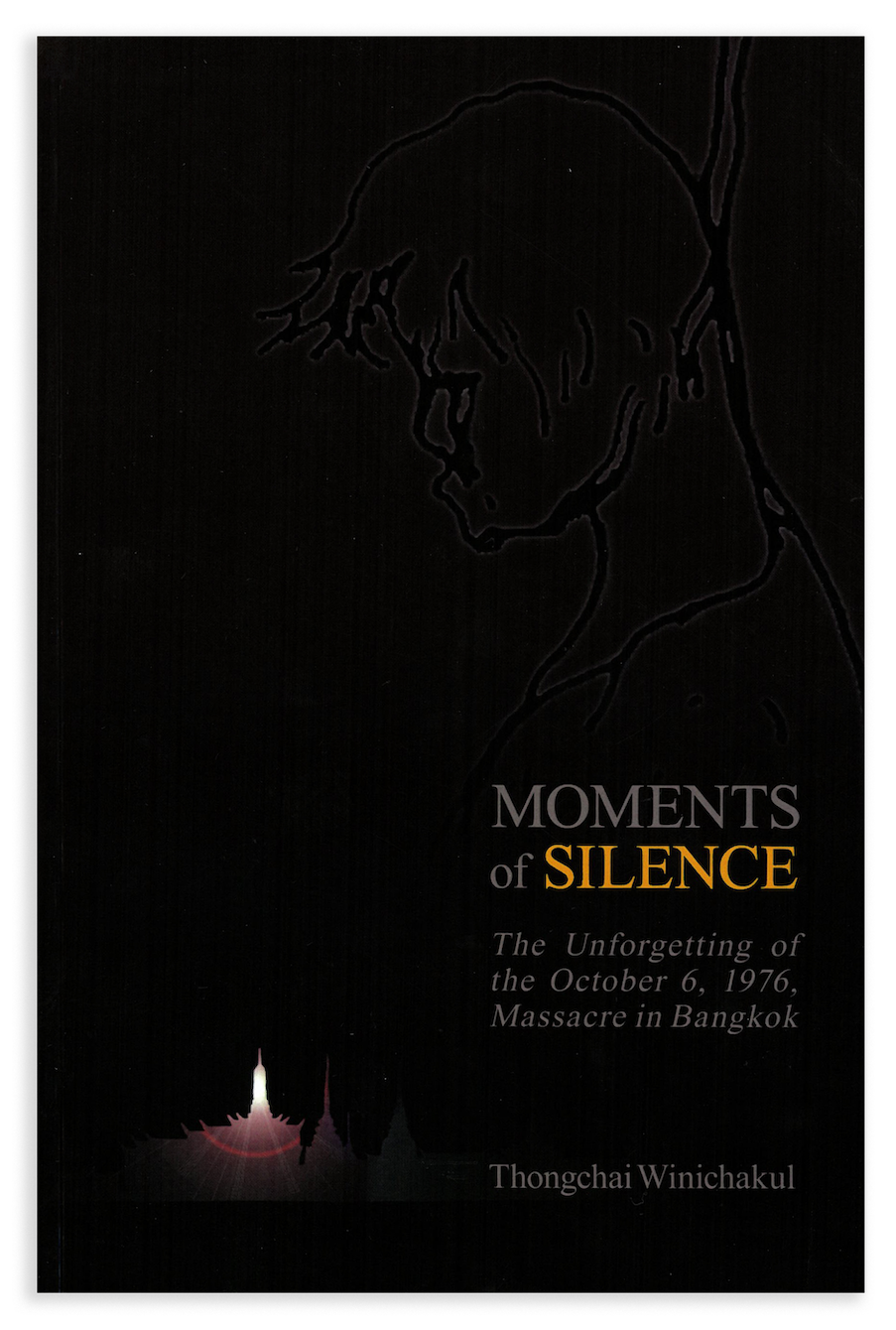 […] Take a look at this one written by Pod {Podcharakrit To-im} for the exhibition right up here by Tan {Nawin Nuthong} after he came to see Tan’s exhibition. The article was semi-fictional, talking about Chaos Theory in parallel with observations on social and political issues in Thailand. A fun read. [The Dangerous Future on a Fracture mechanics] 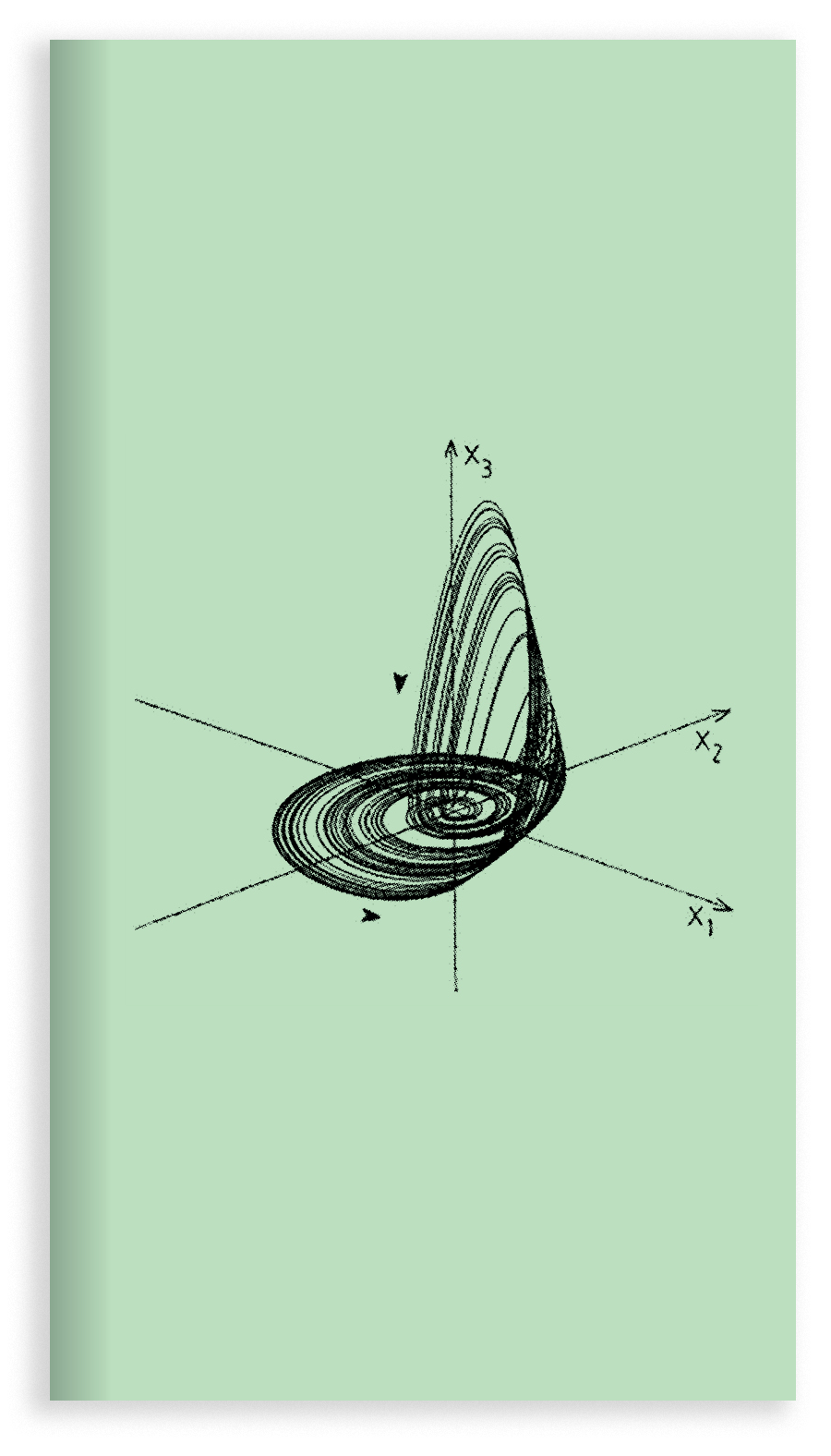 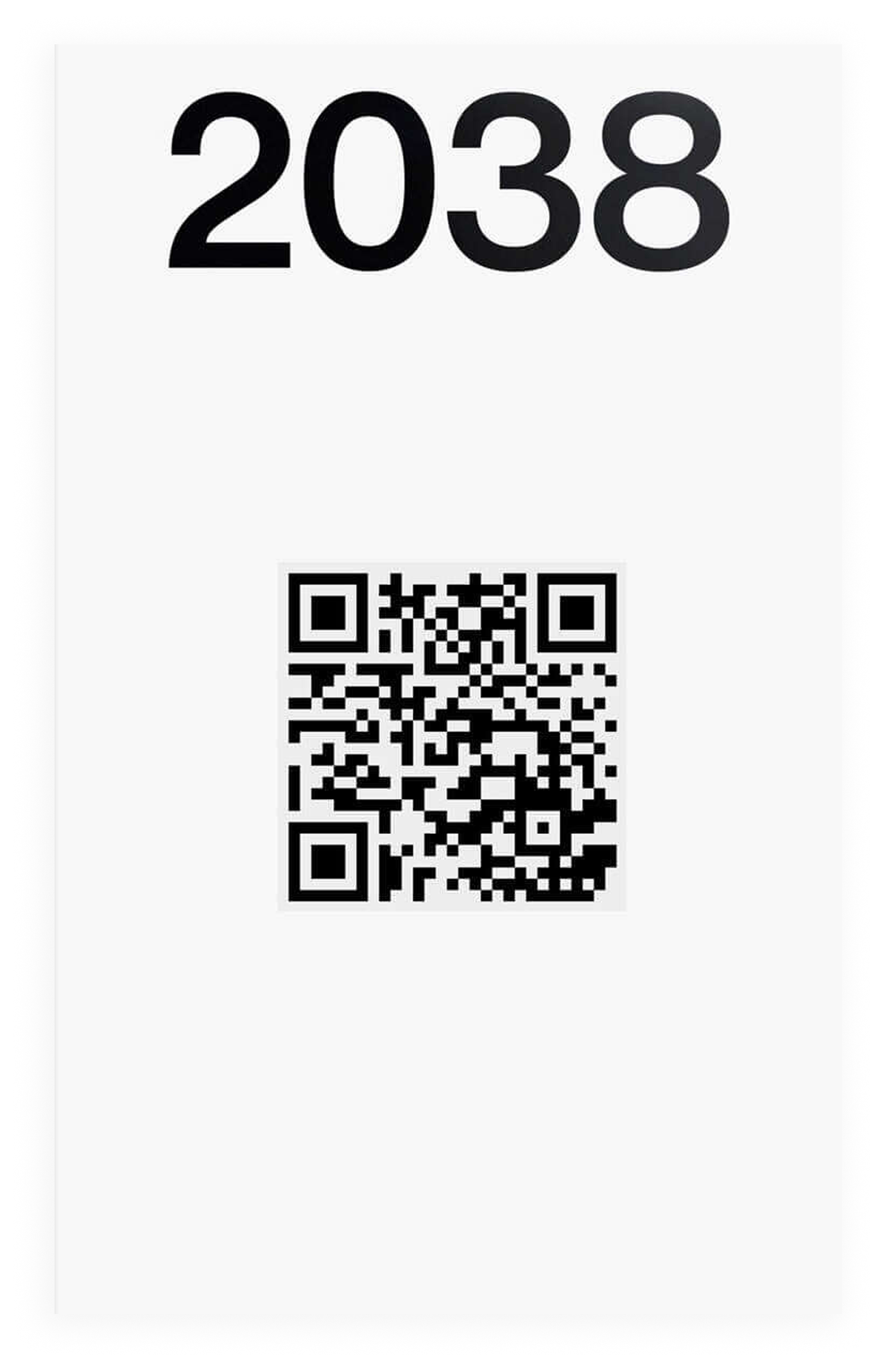 is a book that accompanies the German Pavilion at the Venice Architecture Biennale (German Pavilion at the 17th International Architecture Exhibition — La Biennale di Venezia) […] Once you scanned, the code will take you to this Pavilion’s website that has the exhibition’s videos, and you can create your own avatar to roam around the virtual pavilion […] The theme is to tell stories from the year 2038 when the world has found peace and there is no longer any drama […] Like, the first video on the website is of two actors who were born during the year 2020 and spoke about their birth year during their visit to the German Pavilion in 2038 […] The book itself also invited Audrey Tang, the Digital Minister of Taiwan, to write from the point of the year 2038 and reflect on the present evolution of the political regime, as well as the construction of better collective values, as a result of technological development and increasing participatory democracy. […] I was interested in how they said that in 2030 nature, whether it be the river, mountain, or animals, will be able to participate in democracy, as these things will be transformed into avatars that act as representatives voicing their own needs […] Also the adoption of the voting system called Quadratic. It’s a system that distributes one’s vote to different issues, as opposed to one person one vote for a representative like before. This system of Quadratic Voting means one person holds several units as credit, and distributes these units to advocate for the issues one supports. […] This way, it’s no longer a zero-sum game, and balances what everyone wants in the world that is no longer competitive and cut-throat […] Where do you work? […] I work at an NGO advocating for bird conservation. Our office is around Phra Nakorn. […] Were you the ones that arranged bird-watching activities at Chula? […] Yes! […] I wanted so badly to sign up, but the spots got filled up so quickly. Hoping there’s a next one. […] Here at the library there are two books that talk about birds. [Birds] 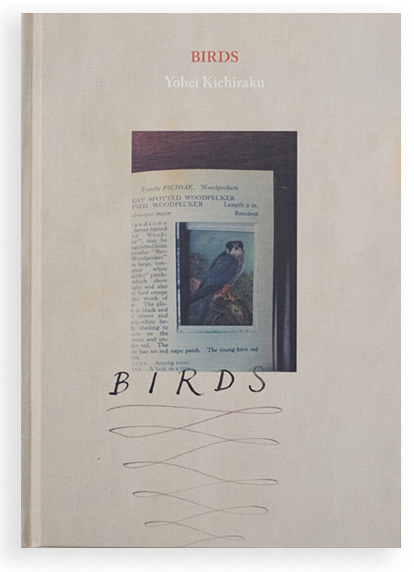 This one is research, I think, and the other one is a photo book [Tokyo Parrots] 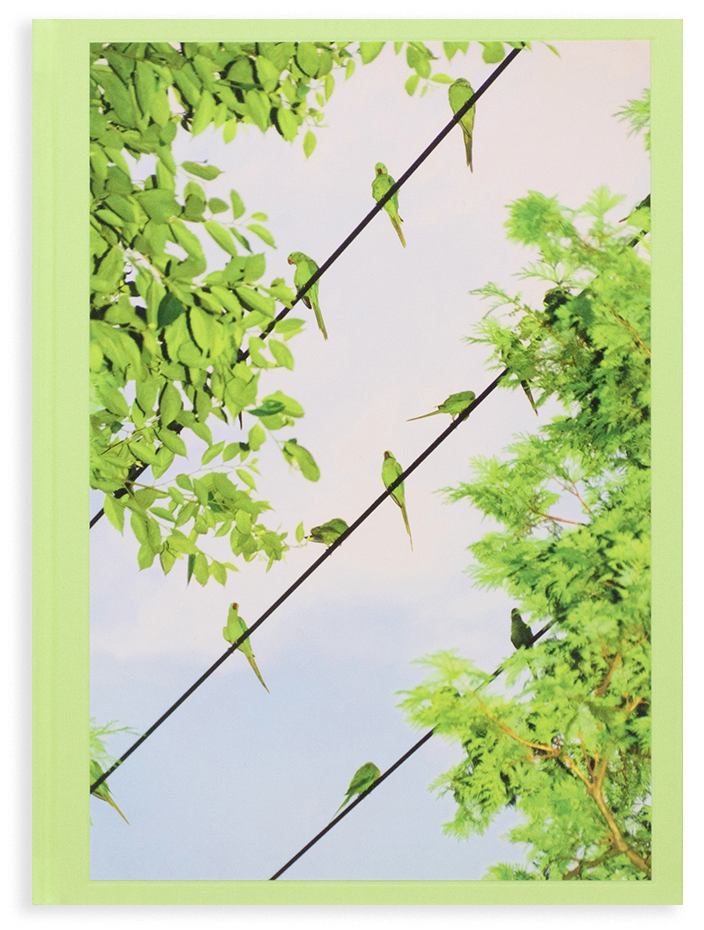 Both are by Japanese artists […] They are really serious about what they do, aren’t they? […] Before this, we used to hold Sunday Walk, an off-site activity that is built on our online magazine [BOOKMARK MAGAZINE], like this one [Sunday Walk: To Not Forget] 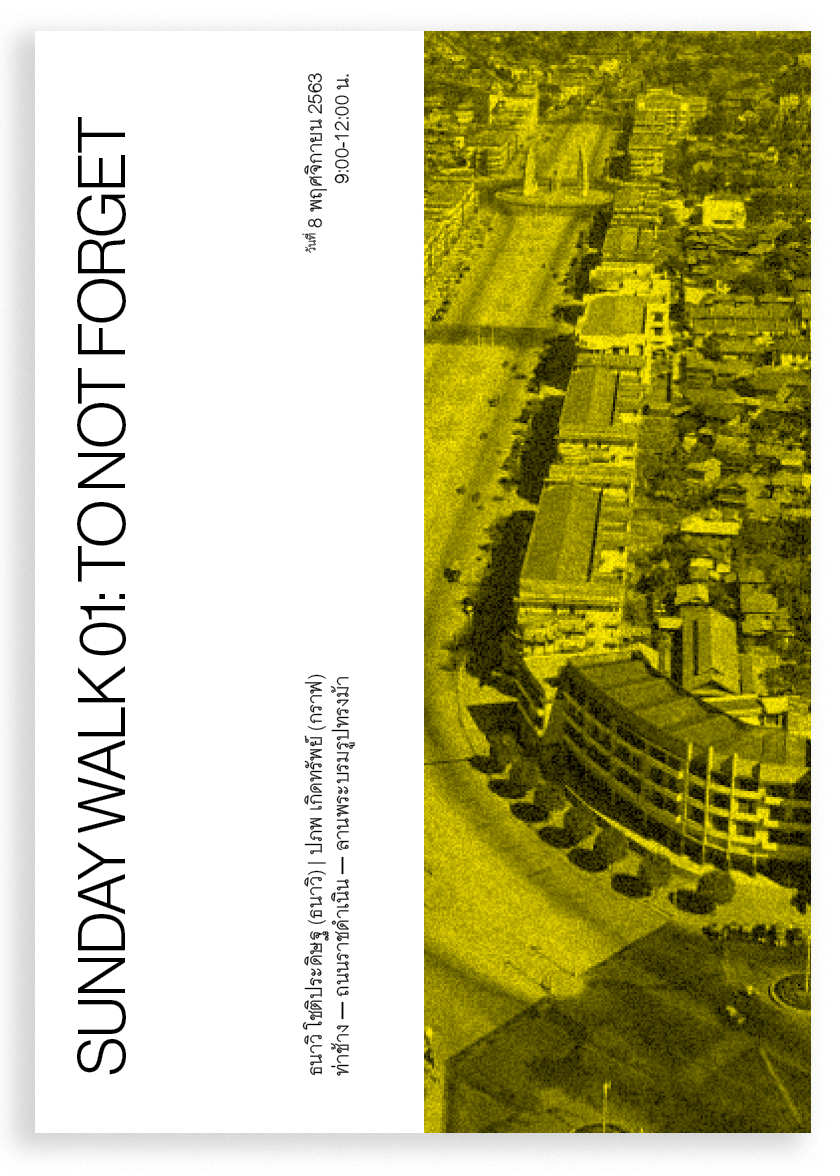 is a journal from our visit to monuments on Ratchadamnoen Road. The topic that time was architecture, the struggle over the writing of history and memories between the royalists and the pro-democracy that resulted in the demolition and construction of several structures along this road {Sunday Walk: To Not Forget} […] Speaking of birds and politics, there was a bird actually named “Seri-Thai” ((it just came to me now that a bird was named Pridi (Chloropsis Aurifrons Pridii)). It was the same name that Prima Jalichandra-Sakuntabhai, one of the artists that participated in online activity with BOOKSHOP LIBRARY in  Performative Lecture: Excerpt Of Memories On The Screen used as a name for their performative lecture at Falcrum Press in Los Angeles in the beginning of last year))