This magazine has just arrived at the BOOKSHOP LIBRARY, open it if you like […] It’s a magazine project that has only six issues, we have the whole set for the library while issue 3, 5 and 6 are available for sale. […] Migrant [Migrant Journal] 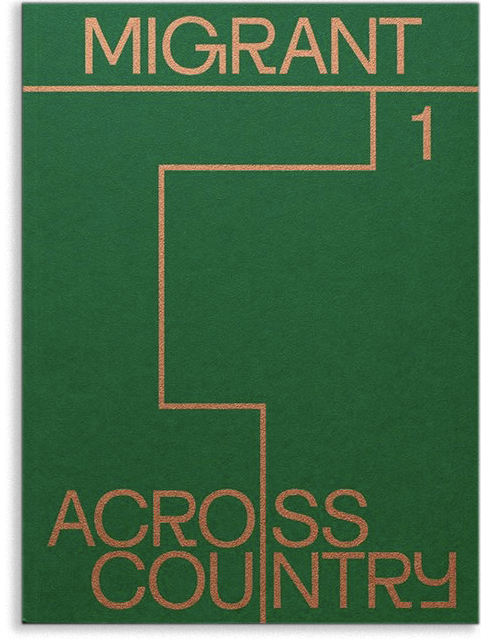 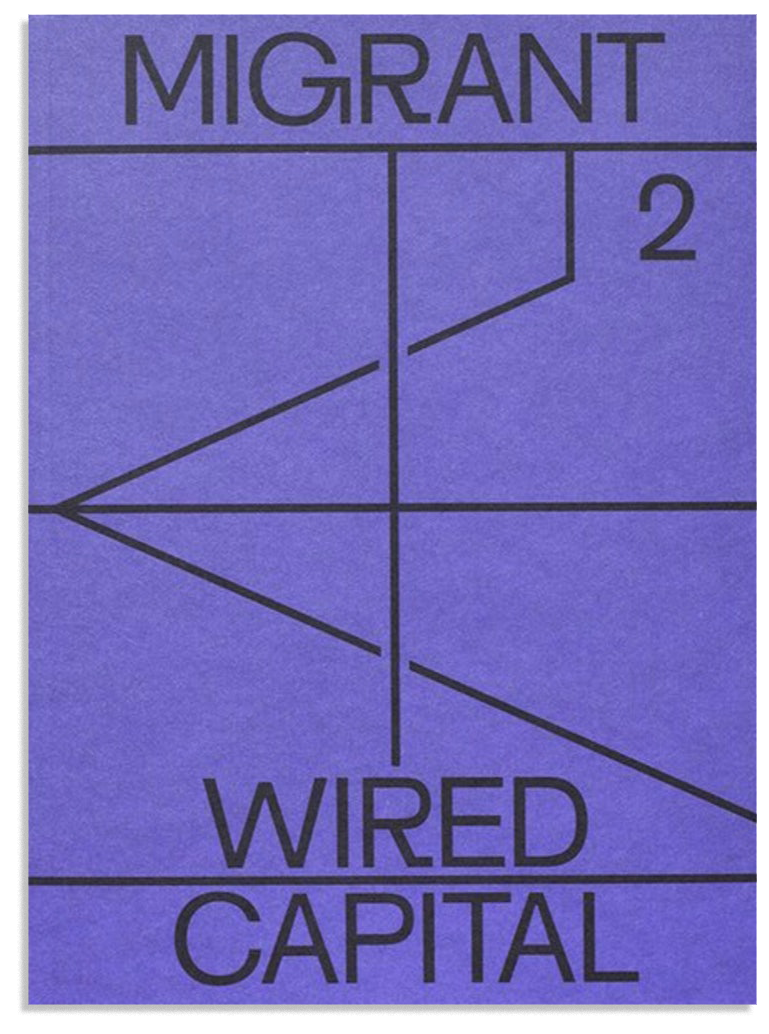 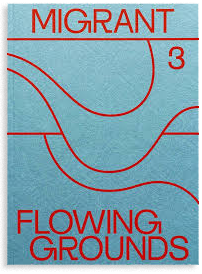 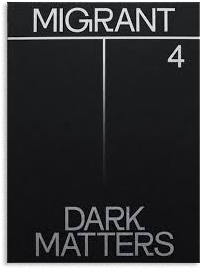 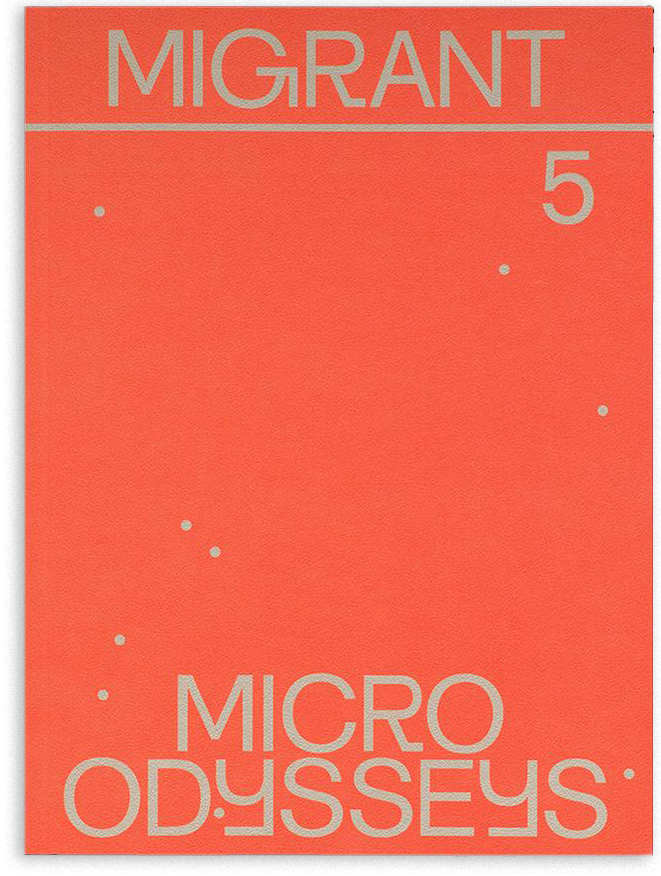 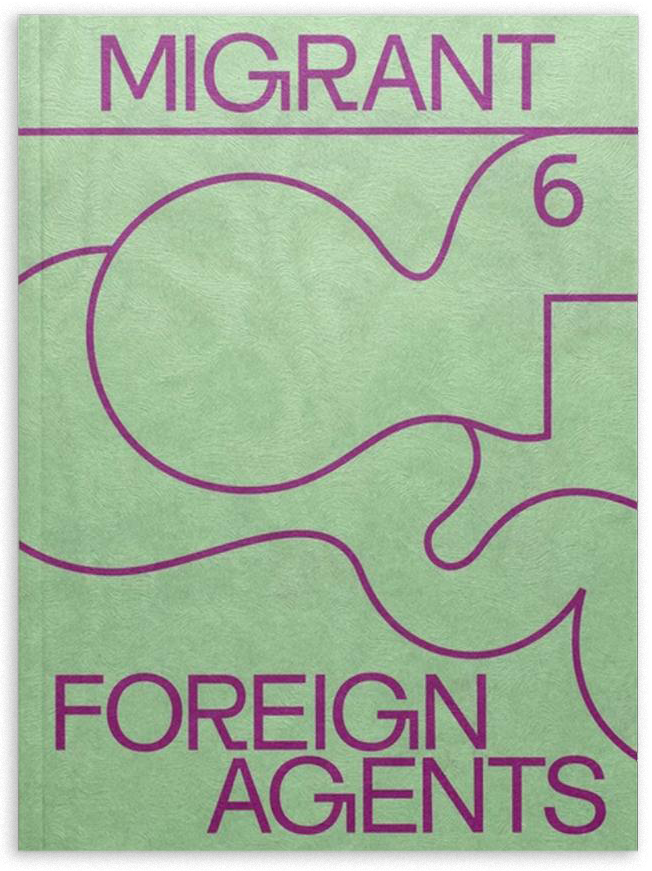 in this context is not about people who are migrants but about things, about stories circulating in our migration world. […] I would recommend it to you if you’re interested in graphic design, its art direction is really good. […] Each issue comes with a special dual color which personally I think it’s very fascinating. […] Now I have realized that I want to study graphic design. […] At which university? […] At Chula (Chulalongkorn University) […] I see, at Sinkam? (The Faculty of Fine and Applied Arts, Chulalongkorn University.) Actually, I am studying in the science program. […] I haven’t told my parents yet, they want me to become a doctor. […] You bought Term Paper, issue 1, during your last visit, right? [Term Paper Issue01: The Famous Lamb] 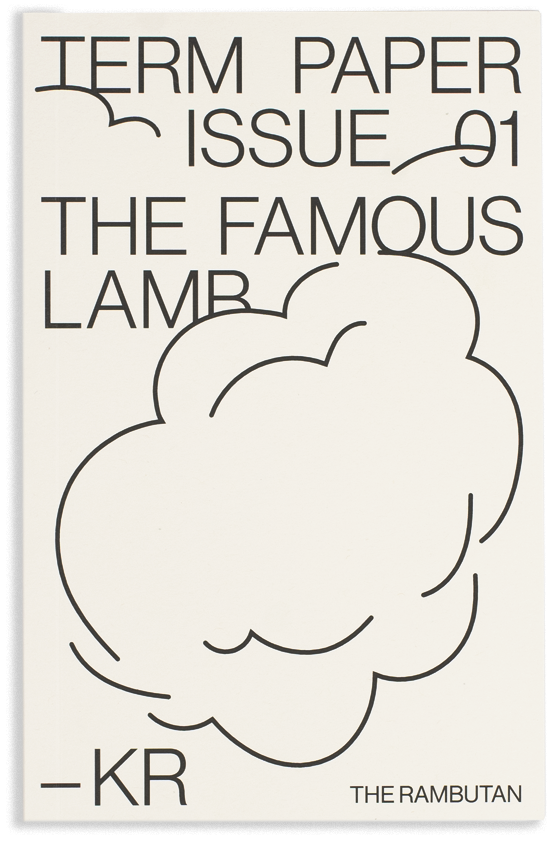 […] That’s right. […] The 2nd issue just released. […] You can read it here, we like people to read it. […] In the 1st issue, there’s an interview article by Studio150 who produces this book. They interviewed Sulki & Min, a Korean graphic design studio […] In the recently released 2nd issue [Term Paper Issue02: Below Sea Level] 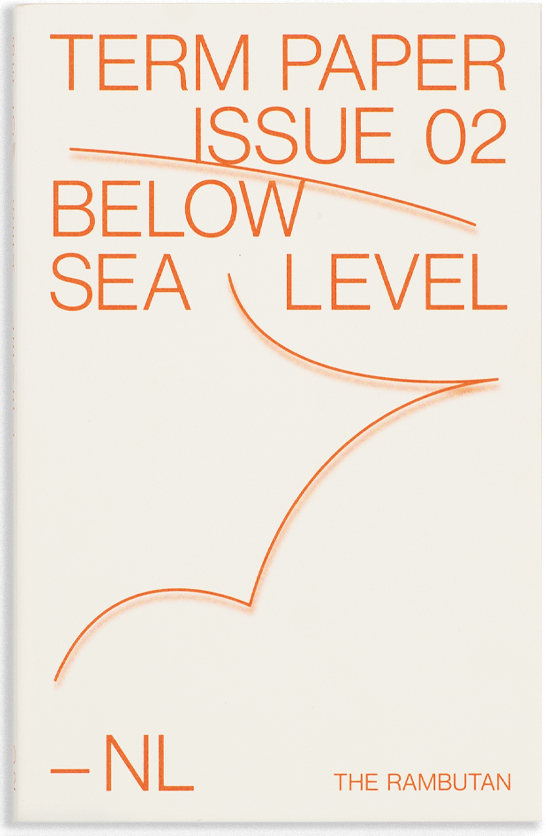 , Belle, their friend who is a graduate from Amsterdam’s Sandberg Instituut, interviewed three design teaching professors in the Netherlands. I personally really like this art and design school, it’s very avant-garde. […] She interviewed 3 professors from 3 schools, I can’t remember all their names. […] Ok, one is Joost Grootens who’s teaching at Design Academy Eindhoven in Eindhoven. He’s the head of the Information Design department. Then there’s Anja Groten, this one is the head of the Design Department at Sandberg. The last is Irina Shapiro, who teaches at Piet Zwart Institute in Rotterdam. […] Each was asked their opinions about education, teaching and studying based from each personal experiences. […] Come again? […] If I recall it correctly, in the case of Joost Grootens, he thinks that in the Bachelor’s Degree level, students should learn about basic foundations and how to solve different kinds of problems with various kinds of tools. I think he means the design tools literally like design programs and research methodology. Then, in the Master’s Degree level, it’s varied based on personal interests of each student. Studying the Master’s Degree is about focusing only on a topic that one is interested in. […] Anja Groten is interested in the term know-ledge giver than teacher, and the term knowledge receiver than student. She tries to blur the boundary here. She doesn’t want to build a passive-style classroom, where one can only listen to the other. For Irina Sharpio, I remember that she’s interested in design and com-munity issues. This one I feel the least related to. I don’t want to use my design practice to solve any community issues or talking about any social issues. Speaking of solving these issues, I don’t have to be a graphic designer to do so. […] But no offense. […] I just chose a different pathway I guess. […] Are there other Thai books in the bookshop? […] There are some, but not a lot. […] I just finished reading โพ้นพรมแดนความรู้ and ข้ามขอบฟ้าความคิด [โพ้นพรมแดนความรู้]

which are texts from lectures on art and Western philosophy held at Chiang Mai University. […] They are published by the university’s press, from the MEDIA ARTS AND DESIGN department. […] There’s a part in one of these books which is based from Martin Heidegger’s Being and Time (1927). I don’t quite get it even though I read the Thai version of it. […] but it makes me want to do further reading […] Oh, the lecture compares Martin Heidegger’s ideas with Walter Benjamin’s. […] I think I understand better the one of Walter Benjamin, I can follow. […] It says some-thing about how aura has disappeared from the birth of mass production, including aura in artworks. […] I want to read Autonomia [Autonomia : ทุนนิยมความรับรู้ แรงงานอวัตถุ และการเมืองของการปฏิวัติ] 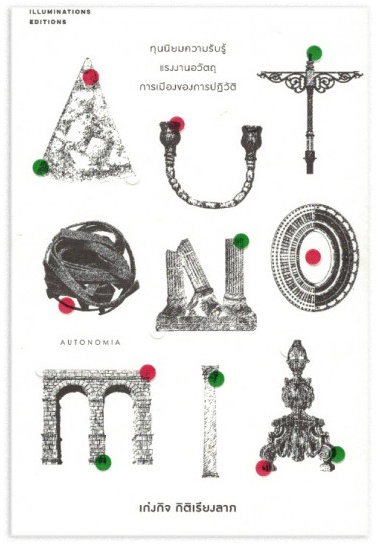 but I haven’t read it yet […] Don’t forget to share it with me when you finish reading it.